We came up with Competitive Sandwich Making for a Hide&Seek Sandpit event back in August 2011, and ran it a few more times with friends later. We were keen to develop the game further, so were delighted when Hide&Seek invited us to run the game as part of their 2012 Weekender event (which at the time of posting still has Sunday to go).

In particular, based on previous runs, we knew that the piece design could be improved. There were a few pieces that were almost never chosen by players, so they were made slightly more appealing. We also thought there were a few too many small pieces, as we noticed that games could drag out at the end while players filled in their last few gaps with no real effect on their relative scores; also, whenever a player tried the strategy of grabbing all the small pieces early, this took them far too many turns, ultimately leaving them in too weak a position to be in with a chance of winning.

We also wanted to improve the permanence of the ranking system, so we upgraded the Earl of Sandwich stickers to badges: 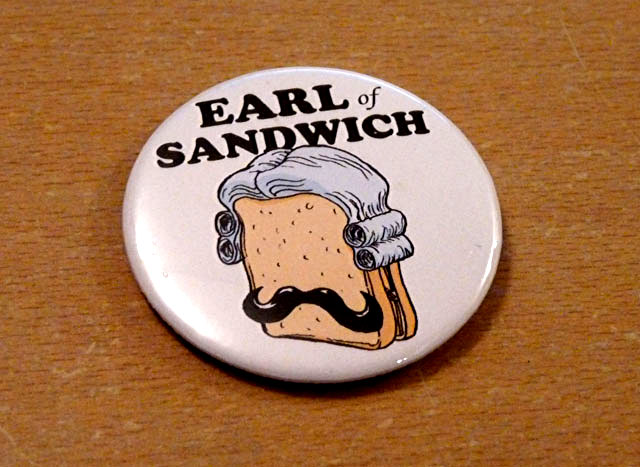 Finally, the original run of the game didn’t have a very high player throughput: it took about 15 minutes for 4 players to be briefed, play a practice game, then a real game, meaning we could reach at the most 16 players per hour.

One quick fix for this was to run two instances of the game side by side – and we roped in a couple of friends to help us with the additional supervision needed (big thanks to Deb and Phil, standing in the pic below, which also features the key phrase players have to utter if they wish to exchange a piece). 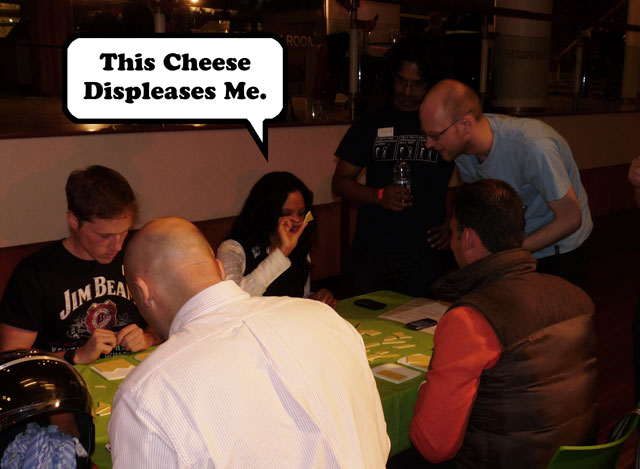 Secondly, as noted last time, the game took as long to explain as it did to play, which isn’t great. Effectively using the dimensions of this problem against itself, we incorporated the player briefing into the players’ first playthrough of the game.

With both of these improvements in place, players could learn and then play the game within about 12 minutes, giving us a maximum throughput of 40 players per hour – much better!

As an added bonus, Hide&Seek provided us with a volunteer to help us run the game for the whole evening, which meant we could rotate supervision and get to play some of the other amazing games on offer. Thanks guys! 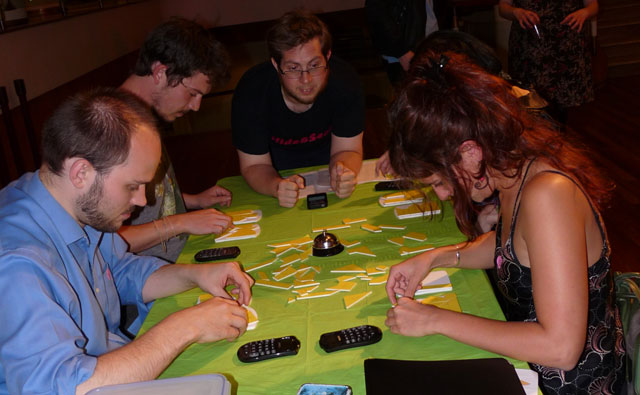 The in-game briefing part worked well (once we learned where to put the emphasis and which parts needed repeating), and we were pretty consistently busy, so we ultimately had 108 players take part (with 4 winners returning for a Big Cheese match, the winner receiving the first Earl of Sandwich badge), which gave us 32 an hour – excellent!

The improved piece design also had the desired effect – no pieces were systematically ignored, play rarely stalled in the endgame, and one player took the small pieces early and won as a result. We also got a lot of positive feedback on the game from a wide demographic mix of players. Hooray! 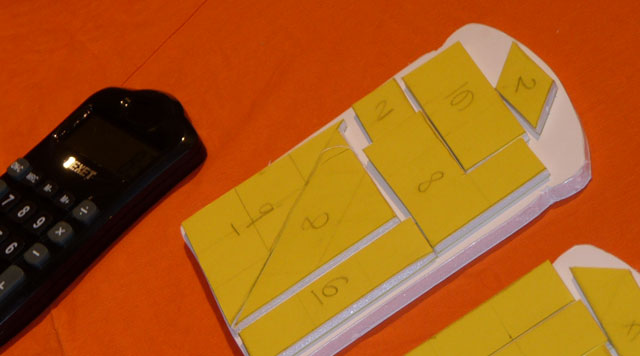 Where next for Competitive Sandwich Making?

We’ll continue to find opportunities to run the game (mostly just to get enough Earls of Sandwich that can ultimately face one another to achieve the still-secret ultimate ranking), but more satisfyingly, the piece design is now at a point where we can look at upping the production quality, most likely using a 3D-printer to create much more robust playing pieces, and perhaps one day even putting the game in a box and selling it. Stay tuned!

-Tim and Clare, aka Octopus Fruitbat

One reply on “Competitive Sandwich Making at the Weekender”

[…] Making at the Hide & Seek Weekender games event, with help from Phil and Deb. I wrote about it here, and it looked a bit like […]